Arrived back at the island everybody suprised him and he also got a call from Kawafuji saying he got fifth place, but he wasn't sad about it. Since it was a work he could be proud of. -His work included all the names from the people from the island and he wrote the names of the people he cared a lot about (like Naru, Miwa etc.) bigger then the others- 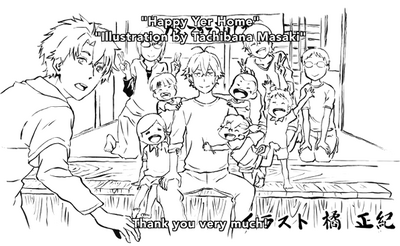 This article is a stub. You can help Barakamon Wiki by expanding it.
Community content is available under CC-BY-SA unless otherwise noted.